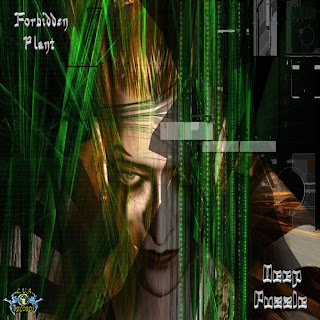 About the Release:
The sound style is based on fat and sometimes groovy basses, use of analogue devices and guitars, spiritual hypnosis generated by intelligent musical structures with a melodic approach. After the duo has launched its first tracks in various compilations, they come this time from Lua records studios to give you a debut EP totally emerged in organic sounds, beats and grooves... lets rock!
This first album (Deep Puzzle) was finalized at the end of October of 2010 and will be out by the English label (Lua records) with mastering and designs of Kabbalien, the main man of Lua records and Trance Moon radios psychedelic orientated radios.
About the Artist:
Forbidden Plant is a project made by two members, Leon Gomes (a.k.a.FXor) and Carlos Mota (a.k.a. Dark River).
This two darkpsy composers that joined forces to create their own approach of the style, always bringing new trips for their live presentations with the use of diverse equipment and devices such as guitars, analogue synthesizers, effects pedals, laptops, vinyl records, cds and etc...
The duo joined as Forbidden Plant in 2010, after the production of some tracks as “Dark River vs. FXor”, with the aim to produce. their first album of auctorial work, joining darkpsy and night full on to a touch of psychedelia from the deep of the Amazon forest, along with the use of regional sounds and noises connected to industrial ones, and guitar lines with modern as well as regional influences.