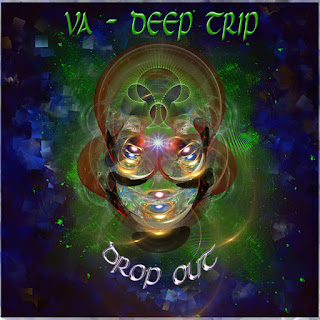 Drop out compilation is the end of this Trilogy, having been constructed since last year (2009) and finally reveals the base ideology of a mind concept truly directed to awaken anyone.

The music was highly selective and compiled in a way, to take you in a journey with a wide view of psychedelic sounds made by music producers known in our scene.
They are the veins of a new generation !

Warning:
This compilation has very strong music and message attached.
We live in the real world and it is about that we have to direct our minds, for tomorrow, we can do better.

Means:
Drop out - is part of a spiral, the spiral of the society !
Drop out means the end and all ends, are the start of something.
Again, we are back turning on, tuning in and at the end, we reach the drop out.
Drop out is the reflection of turn on and tune in made into a consolidated thought where we decide if we will turn on again or just drop out at once. Its the final decision !

Drop out is when we understand that we are free to do whatever they want !?

Since the start of this trilogy, lua records takes the night sounds into a new level of musicology, making music to be not just a consuming matter but a tool to express an ideology that is shared by all of us...
Freedom, mind setting and awareness !

The message is simple, we all complain in our days about the social situation but not much has been made to change the social approach made to our private lives, as we continue to accept the rules and laws imposed, slowly castrating our freedom day by day with the argument of it being for our own good.
"Truth may be found in a language other than one's own"
(Adeline Yen Mah)

The matter of social repression through government decisions are paid by any one of us despite the country or language.

Under Timothy Leary philosophy ( not just as a L.S.D guru but also a Philosopher and free thinker) we have to abandon the idea that we can not do nothing about it... WE CAN !

Ideology Behind:
Music is the universal language.
In a case of a band (more than 1 musician) they write the music to play.  If one of the band members is not happy with some part in the song, he talks with the other members and together they decide if they will change that part of the song or not, or maybe they end up finding a better solution for that part of the song.

This is exactly the same way how government rules in our days !
They are the musicians and our lives is their music.
They play, they make changes, they do arrangements and they take decisions about us.
We need them to manage our country, not our lives !
We are the majority and we can do something about it!

In this Trilogy, lua records does not want to make a revolution but wants to tell you that it is not difficult to make changes.

Governments make rules and laws, they govern the country but we should have the last word !
If we have the right to vote for a president, we should have a right of vote for any decision made by them.
Its that simple !

Thank's to all Artists and Friends Participating in this compilation.
Thank you all for making part of the New Psychedelic Generation and support our label.

Label news:
Lua Records is proud to announce a contract has been signed last Month (01/02/2010) with Times music for digital distribution.
This digital distribution agreement made between lua records and Times Music, is an exclusive contract to distribute and promote the music of the label and the artists to Indian and sub-continent territories like:
Pakistan / Sri Lanka / Nepal / Bhutan and Bangladesh, making Lua Records the first European Psychedelic Record label distributed to the sub continent.

(Disclaimer)
Lua Records disclaim any connection with politics, religion or any other groups or fanatic organisations.
We are free thinkers and we believe in equality and Human rights for the world.
Our message is real and we use music to spread awareness.

If you support our cause, please buy the cd from our web site ! 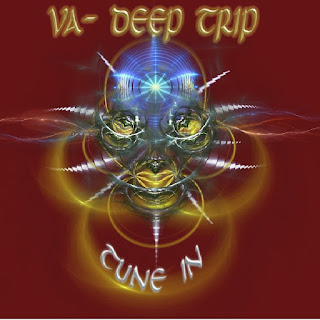 Tune in is the second volume of the Trilogy VA - Deep Trip Tribute to DR.Timothy Leary, brought to the light by Lua Records Label

Tune in: an output of innovative psychedelic upcoming and known music producers around the world.

Lua Records bring to light again, the Psychedelic pleasure of night electronic music with a message attach,
"The one is mind, the Universe is mental and created by the mind of the one... your world"

Means:
Tune in - interact harmoniously with the world around you , externalizing, materializing, express your new internal perspectives.

Ideology Behind:
Lua Records Trilogy brings you a Tribute to DR.Timothy Leary as it tries to keep alive one of the most Important facts in our lives, that individual self expression has been suppressed for many years and continues to be in our days, living a freedom under control from individuals that we call government and law !

The Ideology exposed by Timothy Leary in the 60s, still applies although 50 years has past.
The use of Power and Authority to maintain the population under control is as relevant in our days as it was before.
(who is this god !?)

Think for yourself and question Authority - (Timothy Leary)

Man has created barriers between himself with power Ego and laws made for society, ruling everyone as one and claiming that "we are free to express ourselves", knowing that our small personal expressions against control, will not produce a general effect in society, because we are controlled by the powerful media and out-dated or new laws claiming to be for our own good.
(who needs brain police ?)

Something has to change !

This change starts from all of us, the ones who know the Universal language...
Music !

Music is the only weapon we have got, it is the most intelligent and powerful tool to open minds and bring people together, to spread an idea, to reveal a feeling, to create a motion, to express a message.
Use it.

Music still has much to reveal in the future and is free to be expressed with no repercussions, use it as a tool to open minds and to give the good vibe we all love.
Everything starts on you !

Working under a shared psychedelic Ideology, Kabbalien compiled 9 tracks to take you into a journey of psychedelic dreams,composed from a good choice of music producers and tracks to give you the vibe needed to
Turn on, Tune in and Drop out.

Thank's to all Artists and Friends Participating in this compilation.
Thank you all for making part of the New Psychedelic Generation. 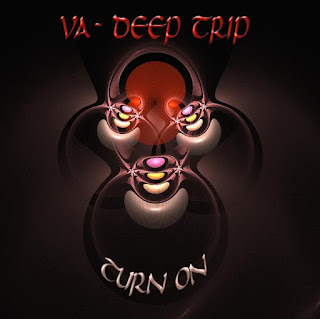 L.U.A Records compilation (VA / Deep Trip) is a tribute to DR.Timothy Leary, writer, psychologist, futurist and advocate of psychedelic drug research.
This VA/ register a second coming of a psychedelic culture, where psychedelic music has a transformation.

Not just the music but the counter-culture have demanded a more incisive ideology in time, making the awareness of the others,to a new way to deal with the world and everything around us.

Mind is Universal and a new Psychedelic community grows stronger in our days with a new look about spirituality,awareness, the World, Justice and all the things that our Ordinary human species have been ignoring for many centuries.


That is called awareness !

Is no responsible for this change in the world, other than the open mind of the new generation.

More then a style, Psychedelic electronic music brings people together in a happening of happiness, share, friendship, equality and valuable Ecological and philosophical information never seen in any other music style.

Icon of the 60s Psychedelic culture DR.Timothy Leary is famous as a proponent of the therapeutic and spiritual benefits of LSD. He popularized the catch phrase
"Turn on, tune in, drop out"

This first compilation from a series of 3 CD Edition, bring you known and upcoming producers from the psychedelic music scene.

L.U.A Records and Trance Moon Radio, thanks all the Artists
and friends involved in this project for the music, time and effort
to make this Trilogy become true.