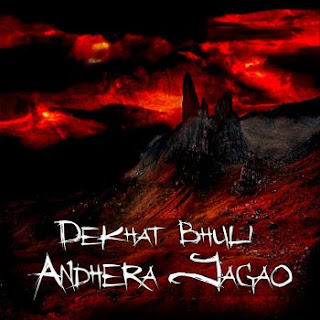 About the Release:
The word Dekhat-Bhuli means maze in Hindi. In turn, called a ritual construction in Kanchanpur, Nepal. We take inspiration from ancient mythology of the labyrinth to develop and express our feelings through improvisation and musical creation.
Its been studied that the representation of labyrinths from the prehistoric times, meant traps for evil spirits or choreographic to be followed in ritual dances, in which imitated the movement of birds... In some cultures, they also mean overcoming a test.
The Minotaur's Labyrinth of Minos is Dekhat (Nuno).
Ariadne's Thread is Bhuli (Mara).
Feel the flow and move you so. Be psy all the time. Peace.
See you ON THE DARK MAZES.
About the Artist:
Nuno and Mara, after years of study and dedication to the music world, join in the project DEKHAT-BHULI (Labyrinth) which began its work in 2004. Since then, use various music production software for their compositions and are in contact with many different instruments and musical styles. In 2008, after years deejaying, entered the label Ultravision Recs. as DJ's. In 2009, as artists to join: You Are What We Eat (Y.A.W.W.E. Recs., Switzerland) .
Also, this year (2009) comes out our first album, free released, "Demons Of Dark Mazes" (mastered by Ultratumba Recs. and design, Remastered by Baba Yaga.
In 2010 become part of Anomalistic Records (U.S.A), also Muskaria Crew (Barcelona,Esp).
Around March of (2010) become part of the Portuguese label Brain Collpase Recs at this time also Dekhat-bhuli start a new project with Psiconauta aka Ruben Bigas and Hdryus aka Sandro together with the name of Chupabras first ep edit by Anomalist Recs Chupacabras Macabre Anomaly.
In October of the same year start to make part of Psybliminal Recs label from South Africa, and L.U.A Records (Uk)