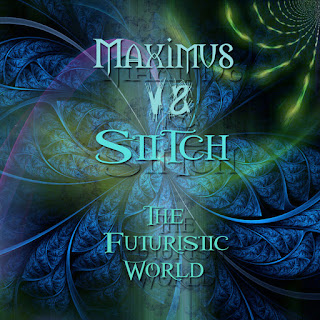 About the Release :
The album is a powerful charge of good mood and space energy.
Joint albums always have a special charm!
The sacral secrets, stored in depths of psychedelic consciousness,
become more accessible to perception by means of these two researchers Psychospace - Maximus and StiTch.
The album is filled by thermonuclear dynamics and magic depth which will transfer consciousness to other measurements will open powerful streams of the energy which emissions will find the remote impulses of intergalactic sources.

About the Artists :
*Stitch
StiTch real name is Ilya Danilov, from Moscow, Russia.
Side Project - Paraz1t (Experimental Jungle).
Always opened for any collaborations and interested rising my experience working with other people and making a unique sound.
The project started in late 2008 mixing: Darkpsy, Hardcore, Speedcore, Punk Rock, Drum'n'Bass and Experimental styles,
working around his own style.
Stitch the main target is to travelling inside human mentality through the music.

*Project Maximus
Project Maximus is Khapaev Maksim from the city of Moscow, Russia
Khapaev started to show interest in writ electronic music in 2006.
Khapaev has as a teacher and close friend, project Hysteria (Oleg Taraskin) Working with program FL Studio, In 2008 has passed to the program Nuendo and Cubase... here is where the project Maximus has been based and start to moving into a direction of Psychedelic Dark trance.
Project Maximus direct his music sounds by the hearth beat and bass, combined with sounds of deep atmosphere, forest vibes
and accompanied by metal sounds, this is the characteristic of his music.
As his own intention, Project Maximus is directed to be a teamwork with different musicians.