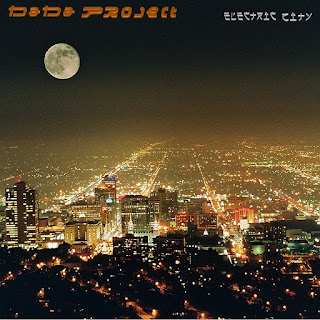 About the release:
Electric city is a unique album! Experimental, minimal, progressive music
This (ambient) release was made to amaze music lovers and all the musicians or electronic music.
It's new, it's fresh...It's old and strange.. Its dada!
The release was all recorded live and later mixed and finalized in the computer.
All the sounds and the basic track was recorded directly from a (discontinued music machine) call *wav DJ* and a Kaossilator.
After all the track recorded (without any synchronizers) into Adobe audition, was transported to Ableton and added some more percussions, synthesizers and FX.
The release was first times played live to some people to perceive reactions.
Worked as a scientific brain reaction, the music of this cd can listen without any notice from the audience or as a very precise music structure for the most avid listener or ambient experimental music style.
This release will play with your imagination. This music style still in development by the artist.
Firstly this release was to come out from Lua records sub-label (N.C.P Records = No commercial potential) but end up been publish by the main label as N.C.P records still in development.

About the Artist:
DaDa Project AKA Fred is a Portuguese living in UK.
DaDa Project has been evolved with music since ever and his passion for so many different music styles make the artist try to develop a new type of (background = Ambient = experimental = minimal music)
In the words of the artist: To make the same music as all the others, I rather not do it !
DaDa Project is a freak - Mental music project worked and produced as a musical brain experience wish can cause different reactions to different people ...
like any other medicine!